Celebrities that have kicked cancer’s ass

Being diagnosed with cancer can be an incredibly isolating time; it’s not unusual to feel alone. However, the reality is that millions of people across the world have fought this disease, or are fighting it right now.

No matter how successful, wealthy or physically fit people may be, nobody’s immune when it comes to contracting cancer. Just look at the celebrity world – there are many examples of famous people that have not only battled the condition, but have gone on to kick its ass

Take Kylie Minogue, for example. The Australian singing icon was only 37 when she was diagnosed with breast cancer, undergoing surgery just four days later before a gruelling bout of chemotherapy. In 2016, she celebrated 10 years since being given the all-clear by doctors.

Another famous breast cancer survivor is the popular singer Sheryl Crow. She was treated for the disease in 2006, undergoing a lumpectomy and seven rounds of radiotherapy, and since entering remission has campaigned tirelessly on behalf of cancer charities.

Jessica St. Clair, creator and star of US TV Comedy Playing House , has written candidly about her battle with breast cancer. She underwent a mastectomy and 16 rounds of chemotherapy, but says she came out on the other side stronger and happier than she ever imagined possible. 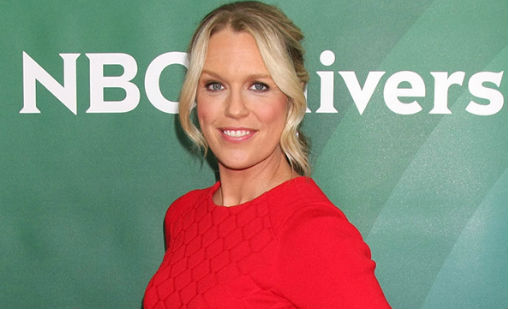 Jessica used Penguin Cold Caps to save her hair – and even tweeted her thanks to the Penguin team.

Kylie, Sheryl and Jessica are not alone, either; approximately 1 in 8 US women will develop breast cancer during their lifetime. Other well-known personalities to have beaten this disease include Sex and the City star Cynthia Nixon, Hollywood actress Christina Applegate, singer-songwriter Melissa Etheridge and 90210 stalwart Shannen Doherty.

Of course, it is not just celebrity women that are affected by cancer. There are many male personalities that have taken on the disease and won. Silver screen legend Robert De Niro is one example – he underwent successful surgery for prostate cancer in 2003.

De Niro isn’t the only famous man to develop the fourth most common type of cancer in the US. Other celebrity survivors of prostate cancer include singer Harry Belafonte, comic actor Ben Stiller, The Lord of the Rings star Sir Ian McKellen, former Secretary of State Colin Powell, and billionaire businessman Warren Buffet.

The truth is, whatever type of cancer you’ve been diagnosed with, there is likely to be a famous face out there that has been through the same experience. Hugh Jackman and Sybil Shepherd have both beaten skin cancer; Sharon Osbourne triumphed over colon cancer in the early 2000s; Rod Stewart has come out the other side of thyroid cancer; Grateful Dead founder Phil Lesh has had tumours removed from his bladder; author Judy Bloom was diagnosed with cancer and luckily caught her cervical cancer in its early stages.; and Dexter star Michael C Hall is now in remission for Hodgkin’s lymphoma.

While these celebrities may have more money to spend on making themselves look good, on an off-day they are no different to you and me, and serve as a timely reminder that cancer can happen to anyone. The important thing is to go into treatment fighting, and to share your fears with those closest to you – together, you can kick cancer’s ass!