How I saved my hair on chemo?

My name is Nicole. I live in Phoenix, Arizona with my husband and our two boys, who at the time of my cancer diagnosis were just five and eight years old. This is my cancer story about how I saved my hair on chemo

Back in 2017, I was told I had breast cancer. I’m sure I’m not alone in saying it came as a complete shock. I just couldn’t believe this was happening to me! I’ve studied nutrition, always tried to follow a healthy lifestyle and spent years working as a health coach for other people. The reality still hadn’t hit home when I broke the news to my family and close friends

For most of that time I was in a total daze – but one thing that did cut through the fog was when my oldest came home from school, extremely upset. “Mommy,” he said, “one of the kids at school said you’re going to go bald and die”. 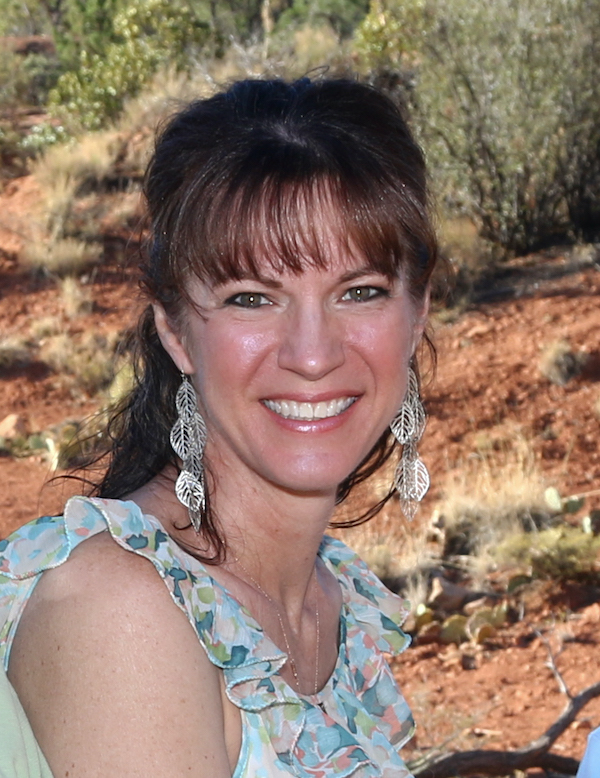 That statement rocked me to the core – kids can be so cruel. I looked into his eyes, I said, “Honey, I am NOT going to go bald, and I am most certainly NOT going to die” – I had every intention of keeping both those promises.

For the first few weeks after my diagnosis, I did what every oncologist tells you not to do – I started devouring information on the internet. I spent hours reading scientific studies and articles – looking for ways to save my hair. I trawled through social media, searching for women with the same diagnosis as me – and it was on Instagram that I found the hashtag #coldcapssavedmyhair. As I read further, I was amazed. There were so many real-life stories of real women (and men) just like me who had achieved amazing results with cold capping. Why had I never heard of it before? It seemed to be the answer.

Treatment program – how I saved my hair on chemo?

At the time of my biopsy and tests, my medical team thought I was at stage 2a. I was told that my treatment plan would only likely require surgery, possibly radiation, but no chemo. I breathed a massive sigh of relief… I’d get to keep my hair.

It wasn’t until after my double mastectomy it became apparent that the cancer was more advanced than they’d first thought. Instead of “early-stage 2”, I was at stage 3c and “locally advanced”. A more aggressive treatment protocol was now necessary, this meant chemo. All I could think about was the promise I had made to my son. I couldn’t lose my hair. 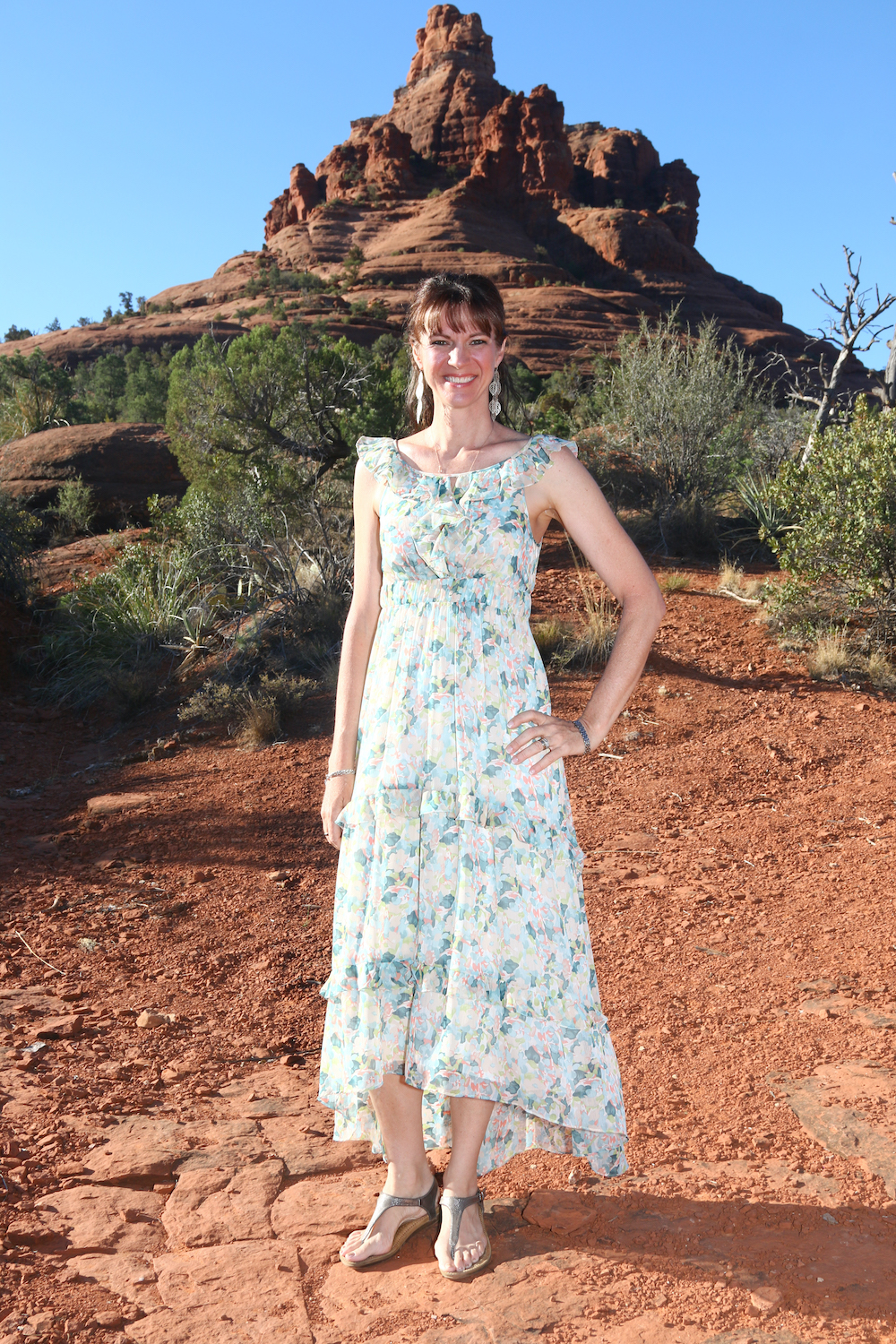 I brought up the idea of cold capping to my oncologist. “Cold capping,” he said, “that doesn’t work. Don’t waste your money.” I showed him the websites and success stories I’d found online, including the Penguin Cold Cap page and Chemotherapy Support Group on Facebook. I took him through the before and after photographs posted by people that had used the cold caps during their chemo. Many tracked and described their journey in detail. Writing a blog is one of the ways of coping with the cancer and treatment – so there was a wealth of real-life and inspirational stories from women that had been successful. All evidenced by pictures of them afterward – still sporting a full head of beautiful hair. You’d never have known they’d undergone chemo treatment.

But my oncologist refused to budge and told me if I wanted to cold cap, he wouldn’t support me. I’m so pleased I had the strength to leave his office that day, and never go back – because he was wrong!

Stay in control of your own journey

I decided I needed to find a consultant who was willing to work with me, accommodating my needs as an individual on my cancer journey. I sought a second opinion from a well-known oncologist across town. I was initially devastated when he told me that I would need to undergo a far more aggressive treatment protocol than in my original plan – and that meant an even stronger dose of chemo drugs. At that point, I thought there was no way I was going to save my hair. So, it was with some trepidation when I mentioned cold capping.

I was overjoyed with his reaction – a complete turnaround to my previous oncologist. He was extremely positive about cold cap therapy and said he’d had other patients who had successfully capped in his center.

He understood why saving my hair was so important to me. He accepted that hair loss can have a negative impact on the mental well-being of some people – and how retaining their hair after chemo can improve their state of mind, which in turn has a positive impact on the overall recovery after treatment.

He was able to provide me with details of several cold cap companies. When I asked which one had the highest success rate, he replied, “Penguin Cold Caps.” 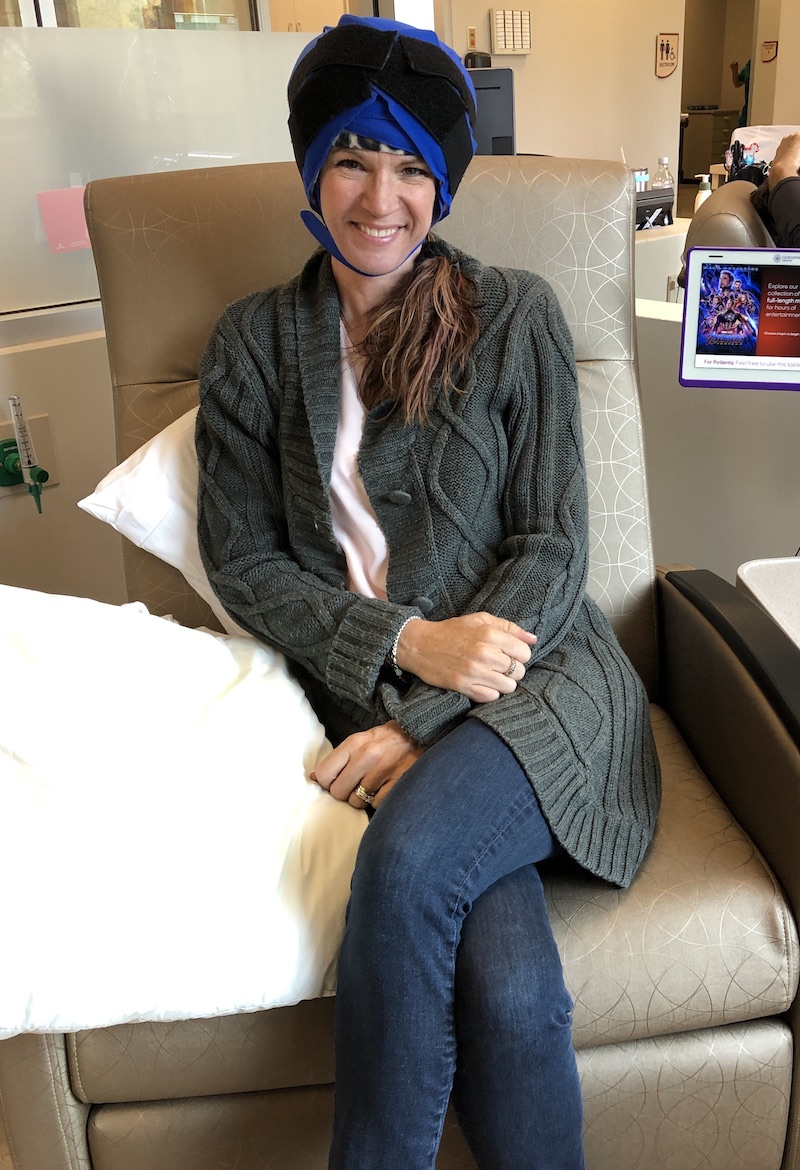 My experience with Penguin Cold Caps

As soon as I returned home after that initial appointment I logged on to www.penguincoldcaps.com and placed my order. My area rep was fantastic. She explained everything to me and, based on my drug regimen, gave me my own personalized capping schedule.

What I found so comforting was that my rep had had cancer herself, and used Penguin Cold Caps to save her own hair. She knew exactly what I was going through and was incredibly supportive.
I’ll be the first to admit, I was a bit daunted by the prospect of cold capping. The chemotherapy treatment alone is a scary prospect, and I wasn’t sure how I’d cope with the cold capping on top.

Yes, it was very cold. It takes a few minutes for your head to cool which is uncomfortable, but once the temperature of your scalp has lowered, it was more than tolerable. But one thing I will say, despite the slight discomfort, it was by far one of the best decisions I made during my cancer journey.

I kept 80% of my hair, even though I was on a tough chemo regimen.

I did experience some shedding, this is normal, although when it first happened I was terrified it wouldn’t stop. In the end, I lost a little thickness but no one could tell. The main reason I was doing this, was so my son didn’t see me as a sick person – and that’s exactly what I achieved. In fact, nobody even realized I was undergoing chemo.

Looking back, the entire experience helped to empower me. It felt as if I was able to take back control at a time in my life when I had very little power over what was happening to me. And after saving my hair on chemo, I was able to move on and resume life on my terms far quicker than if I’d had to wait for my hair to grow back.

But the most important thing for me, Penguin Cold Caps helped me keep my promise to my son. Mommy didn’t lose her hair.

Because of my experience with Penguin Cold Caps and the amazing results I achieved, I wanted to help other women and men save their hair on chemo too. Cold capping is still relatively unknown, and many people are resigned to hair loss when they are told they need chemo. But it doesn’t need to be that way.

I am now a Penguin Cold Cap rep covering Arizona and New Mexico. I have been through my own cancer journey, I have saved my hair by cold capping. I understand your concerns and fears. If you would like more information about cold capping concerning your own drug regimen, please get in touch. 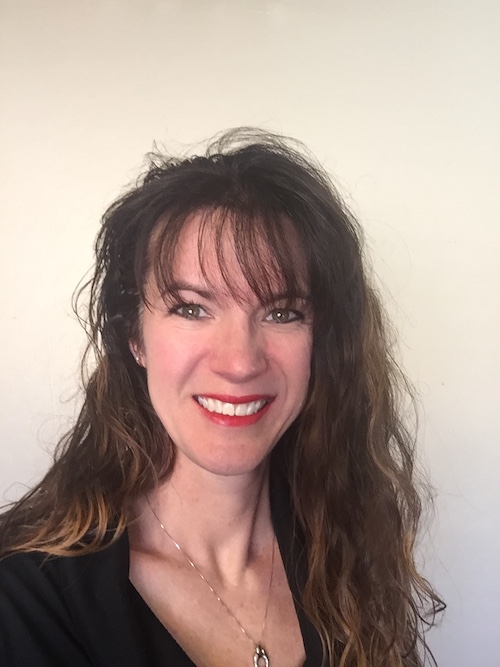