Cancer immunotherapy is a form of cancer treatment that uses the power of the body’s own immune system to prevent, control, and eliminate cancer.

Many people believe that we are entering a transformative period in cancer care, with the advent of immunotherapy, a new and kinder method of treatment that could someday replace all the others. It’s is a new and exciting area of cancer research, and scientists have only just begun to scratch the surface of what’s possible. Research and trials are ongoing across the globe, which in the next few years could transform the treatment of many different types of cancer.

As June is Cancer Immunotherapy Awareness Month, we thought we’d find out a bit more about this exciting new area of treatment research and share it with you. 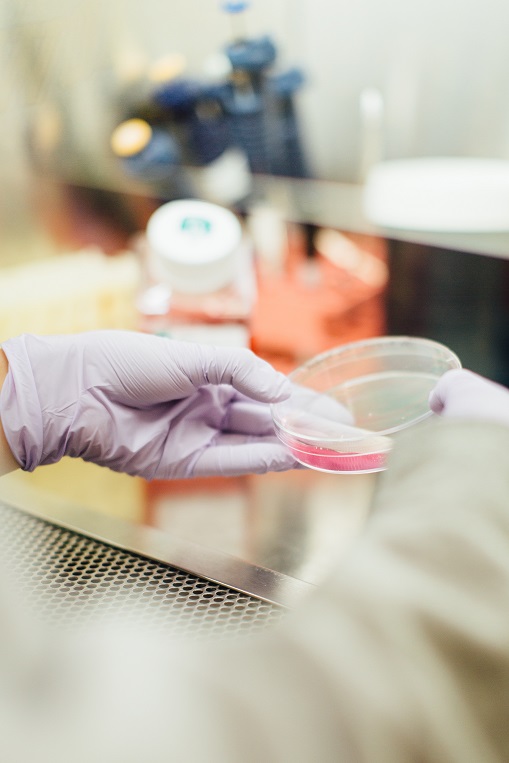 Put simply, cancer is a failure of the immune system to do its’ job. Humans regularly create abnormal cells due to DNA replication errors that have escaped DNA repair, or genetic changes resulting from environmental injuries, such as smoking or sunburn. Most of the time these abnormal cells are safely recognized by immune cells for what they are and destroyed. But, on rare occasions, when the damaged cells are not eliminated, this oversight can allow a mutant cell to persist, expand, and turn into a tumor.

Immunotherapies are a form of biotherapy; they use materials from living organisms to fight disease. Some treatments are genetically engineered to enhance immune cells’ cancer-fighting capabilities and may be referred to as gene therapies.

Many immunotherapy treatments can also be used in combination with surgery, chemotherapy, radiation, or targeted therapies to improve their effectiveness.

There are different types of immunotherapy

What’s next for immunotherapy?

Although scientists haven’t mastered all of the immune system’s cancer-fighting capabilities, immunotherapy is already helping to extend and save the lives of many cancer patients. It has the potential to deliver a more precise, personalized, effective therapy than current cancer treatments with fewer side effects.

Scientists are at the beginning stages of uncovering the huge potential of this new kind of treatment.  It doesn’t yet work for everyone, and certain types of immunotherapy are still associated with severe but manageable side effects. Work is ongoing across the globe to develop new ways of determining which patients are likely to respond to treatment and which aren’t. This research is leading to new strategies to expand the number of patients who may potentially benefit from treatment with immunotherapy.

Scientists are working flat out on this relatively new type of treatment and are making new discoveries all the time. Here are just a few of the most recent breakthroughs’ that will hopefully soon be transforming patient outcomes:

Lung cancer kills more people in the United States and UK than any other cancer. While most lung tumors can be removed, most patients still relapse later after surgery. Researchers recently discovered that almost half of patients treated with anti-PD-1 checkpoint immunotherapy before surgery had a major response prior to their tumors being resected.

This is a small study and more research will be necessary to reveal the true long-term benefit, but as study leader, Dr. Drew Pardoll, of the Johns Hopkins School of Medicine says, “we are very optimistic that this approach will eventually be practice-changing and may augment or even replace chemotherapy prior to surgical resection.

T cells are the most powerful cancer-fighting cells in our immune system, and therefore most immunotherapies seek to enable killer T cells to attack and eliminate tumors.

Some immunotherapies, such as checkpoint inhibitors, work by empowering T cells within the tumor itself, and as a result, work best in patients whose tumors have already been infiltrated by T cells. Unfortunately, in the majority of melanoma patients, T cells have not been able to infiltrate their tumors, limiting the effectiveness of checkpoint immunotherapy.

In 2015 research by the University of Chicago revealed evidence that showed how melanoma cancer cells are protecting themselves by stopping the cancer-fighting T cells from infiltrating the tumor. Although these findings haven’t resulted in an instant new cure, it does give scientists valuable new insight into how cancer cells protect themselves.  This means they can direct their resources into overcoming the pathway blocker that’s currently stopping the T-Cells from doing their job.

Scientists now know that that checkpoint immunotherapy works best against tumors that have already been recognized and targeted by “killer” T cells.  This enables doctors to identify the patients who are most likely to benefit from treatment – thereby not administering drugs unnecessarily.

However, to find out if T-Cells have infiltrated a tumor currently requires an invasive biopsy. Combined research by Harvard Medical School and Boston Children’s Hospital showed that immuno-PET imaging could be used to visualize these killer T cells within tumors in mice. They also discovered that different patterns of immune infiltration into tumors were associated with different outcomes: mice whose tumors were uniformly infiltrated by T cells were much more likely to respond to checkpoint immunotherapy than those with tumors that only had pockets of T cell infiltration.

This strategy is now being translated and developed for humans, so it can help medical teams determine which patients will respond to treatment, and which ones won’t.