The Ironman Challenge – on chemo with a cold cap!

Steve Cooper’s story exudes gargantuan amounts of bravery, positivity, determination and strength of human spirit – one that I am sure will be a source of inspiration and motivation for many people diagnosed with cancer.

Steve sums up his philosophy as ‘Never Quit’

Steve has always been an action type of guy – he was a competitive athlete in his younger days, a soldier and a police officer for 18-years.

So given his active lifestyle, the last thing Steve expected to hear when he visited his doctor just 4 days before Christmas in 2012 was, ‘Mr Cooper I’m sorry – the news isn’t good – you have stage IV prostate cancer. And it’s inoperable’. 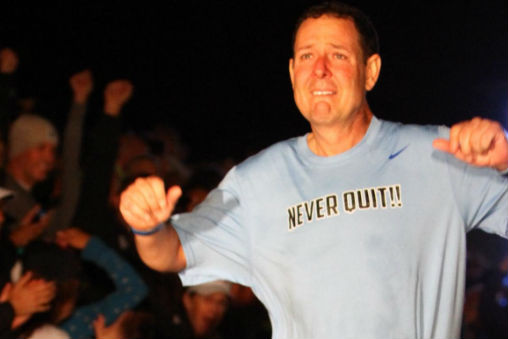 At that point Steve was given just 6 months to live.  But right from the start he was determined to fight the illness within him.  The one phrase that sprung to mind was ‘Never Quit’ –  a philosophy that had stayed with him since his military days. It became his adopted slogan in his subsequent battle against cancer.   And, after the initial shock one thing was certain, Steve wasn’t about to give up without a fight.

“The time to battle, the time to push yourself is when you’re first diagnosed’
Steve Cooper

Steve knew that in-order-to stay strong through the cancer treatment, the radiation and the medication he needed to be in the best shape possible. So early 2013 Steve set himself the goal of leveraging exercise to reduce the side effects to the upcoming radiation and chemotherapy. 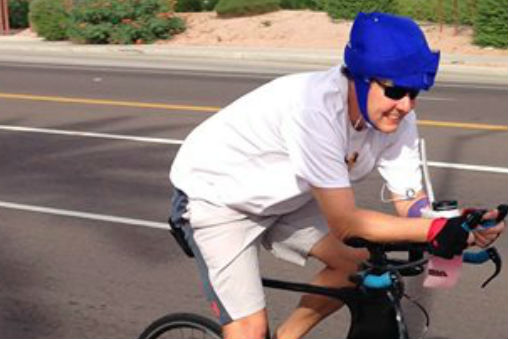 Steve says, “Research has shown that exercise ‘DURING’ chemo not only helps reduce the side effects of chemo, it can also reduce the recurrence of cancer.”

Here’s one study that supports this finding: Asco University – A pilot study of aerobic exercise performed in breast cancer patients during chemotherapy infusion.

And a quote to this effect from Kerry Courneya, PhD, Professor and Canada Research Chair in Physical Activity and Cancer at the University of Alberta in Edmonton, Canada.

“Several recent studies suggest that higher levels of physical activity are associated with a reduced risk of the cancer coming back, and a longer survival after a cancer diagnosis.” 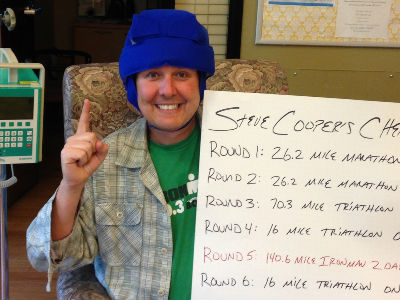 Most of us would either take on a small amount of regular exercise to try to counter the effect of cancer treatment, or if we’re already active moderate our exercise routine to something that we’re able to cope with whilst undergoing chemo.  But not Steve!

Steve decided to take on one of the most challenging endurance races in the world – The Ironman Triathlon.

48 hours after completing the 6th week of a 7-week programme of radiation treatment, Steve was the first person in the world to complete an Ironman during radiation by finishing the 2013 Arizona Ironman on November 16.  The race consisted of a 2.4-mile swim, a 112-mile bike ride and a 26.2-mile run –  a total of 140.6 miles.  Steve kept going for 16 hours and 29 minutes until he reached the finish line – a remarkable feat for anyone, let alone someone undergoing chemo.

After a 2nd round of chemotherapy in November 2013, Steve and his doctors are cautiously optimistic that he has been cured.

Steve puts much of his motivation and strength down to the people around him.  His advice to others:

“Listen to your gut, reach out to people – you can’t do it on your own.”

What can you do?

Whilst Steve’s story is amazing, it’s also quite extreme – competing in Ironman challenges during chemo isn’t for many of us. But, it is important to stay active and maintain a regular exercise programme suited to your own ability. Consult your doctor and a personal trainer, ask friends and family to support you, set yourself goals to keep you motivated.