Things you should know about blood cancer

September is blood cancer awareness month – an important event for a surprisingly under-discussed type of cancer.

Over 1.2 million people in the US are living with some form of blood cancer, and a new sufferer is diagnosed with the disease every three minutes. Yet, blood cancers still receive fewer media headlines than other types of cancer, such as breast and lung. 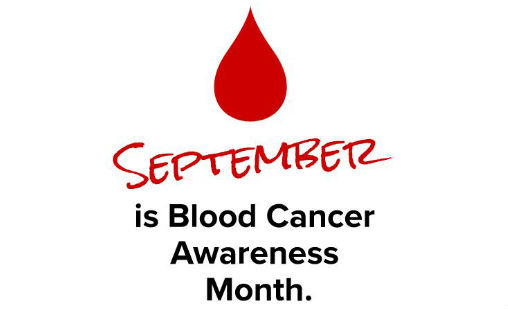 To do our bit for blood cancer awareness month, we’re going to look more closely at this form of the disease, and explain some of the essential facts you need to know if you’re concerned about blood cancer.

What is blood cancer?

Blood cancer occurs when the development of cells goes wrong, causing your blood to stop carrying out vital everyday tasks such as fighting infections.

There are several different types of blood cancer, some of which are higher profile than others. The most common strains of the disease are:

Who is most at risk of contracting blood cancer?

While blood cancer can affect people of any age, it is the most common type of cancer diagnosis among babies and children, and it also affects a significant proportion of those aged over 50 years.

One of the challenges medical professionals face when treating people, especially in these age groups, is that the symptoms of blood cancer can be easily missed – meaning the disease is often at an advance stage before treatment begins.

Unfortunately, this frequent delay in blood cancer diagnosis has a direct impact on survival rates. Blood cancer patients have a higher mortality rate than many other types of the disease; for example, the survival rate for leukaemia is 63% and Myeloma 50%, compared to breast cancer, which has an 85-99% survival rate depending on how far the disease spreads.

This mortality rate could be brought down simply by educating more people on the symptoms to look out for.

What are the symptoms of blood cancer?

At first, blood cancer might be misinterpreted as a bout of flu. This is because the common symptoms include a raised temperature, aches, night sweats, tiredness, and headaches.

Blood cancer can also cause bruising and sickness – which aren’t flu symptoms, however people still brush them off as just a stomach bug.

Because the common symptoms are ailments associated with highly treatable illnesses, many people feel like they might be wasting their doctor’s time by getting a professional opinion. However, it is far better to make an appointment and be told it’s just a dose of the flu than to dismiss it as nothing major, only to find out further down the line that you have advanced blood cancer.

Therefore, if you or someone you know has any combination of the above symptoms, a visit to the doctor and further testing could save a life.

What is the treatment for blood cancer?

Should the worst happen and you’re diagnosed with blood cancer, it’s important to understand that there are a number of effective treatment options available to you.

Most blood cancer patients will be treated with chemotherapy, sometimes in combination with other biological therapies that target abnormal cells. Other patients will be offered radiotherapy or a stem cell transplant, but this is less common.

Find out more about blood cancer by visiting the Leukaemia & Lymphoma Society website.