Our Obsession with Hair 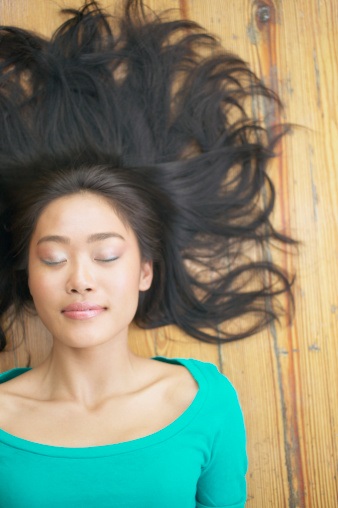 We often see our hair as a reflection of our identity because it is both personal and public. Of course, it’s what’s on the inside that counts – but for some of us, how we look on the outside has a strong bearing on how we feel on the inside. This deep personal relationship between hair and self-esteem is evident throughout history, philosophy and even religion. It’s not just 21st century obsession with youth and beauty – if anything compared to the past we’re positively understated in our approach to hair.

Since the moment human beings first developed a sense of self-awareness, hair has been extremely important to us. Over the ages hair has come to symbolise a wide range of positive attributes such as strength, power, authority, wealth, beauty, youthfulness and virility.

A man from Neolithic Age was found frozen in a glacier near the Austrian-Italian border in 1991. Even though he was 5,300 years old and presumably barber shops were of the rudimentary kind in those days, he sported a neat short-back and sides. It just goes to show that male grooming was alive and kicking well before metrosexual man appeared on the scene.

The Old Testament gives us the story of Samson and Delilah. Samson’s long tresses gave him super-human strength, enough to tear a lion to pieces and kill an army of Philistines. But when Delilah, his nearest and dearest, lopped off his hair one night, Samson lost all his strength. It was only when his hair grew back again his strength returned.

Cultures, nations and ages are all defined by the style of their hair

In Ancient Rome hairstyles were an expression of a woman’s identity and status. The more elaborate, complex and outrageous the hair, the more attractive the woman. Any woman who could spend hours perfecting her style must have ample hours to while away because she was so wealthy.

In China hairstyles varied depending on the age and marital status of the woman. All women grew their hair long as it was considered disrespectful to cut hair because it was inherited from their parents. Unmarried women wore their hair long and unbraided, whereas married women showed their unavailability by wearing their hair up.

Things started to get very theatrical in the 18th century when fashionable wealthy men wore white-powdered wigs tied back into a long braid at the back of the neck. By the 1770s, the one-up-man- ship of the age appeared to have reached ridiculous new heights. Women’s ‘coiffures’ were built over horsehair pads or wire cages and powdered with starch – some of which extended three feet in the air and had springs to adjust the height. They were extravagantly adorned with feathers, ribbons, jewels, and even ships, gardens and menageries. 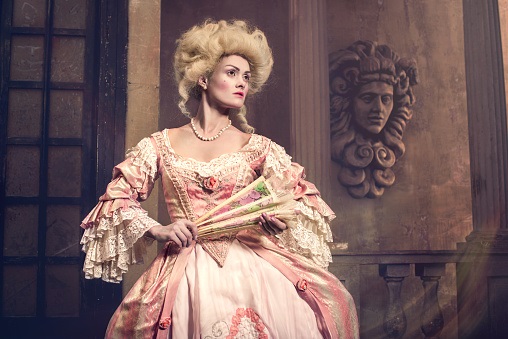 A few professions took such a shine to wig wearing that they found it a little hard to shake-off. The judiciary is still wearing them today – over 200 years after they went out of fashion! Those who support the traditional garb say there are great reasons for continuing to wear the wigs and gowns:

“It enforces a solemnity and authority of the law for criminals who otherwise devalue it; it keeps juries from favouritism based on a barrister’s dress, and it has the more practical benefit of helping disguise the courtroom players should any criminal try to find them for revenge.” 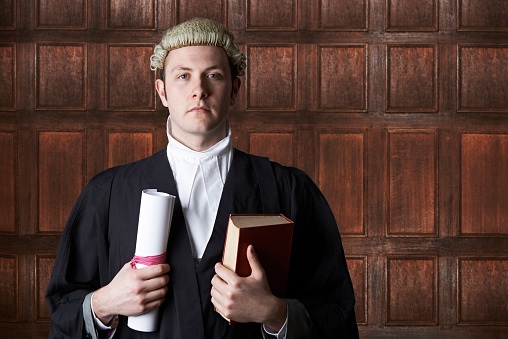